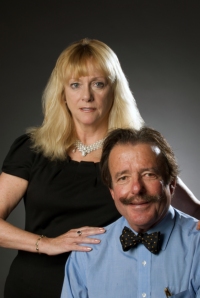 Did you know there are more than one-quarter of a million U.S. military veterans living in New York City?

That’s right. Mayor Michael Bloomberg’s Office of Veterans Affairs (MOVA) estimates that there are about 240,000 U.S. veterans in the five boroughs of NYC.

And while MOVA doesn’t track how many of those men and women are homeless or living in shelters, anecdotal evidence leads us to believe it’s a significant number.

That’s why we’re pleased to announce that one of our affiliated companies has received a grant under the U.S. Department of Labor’s Homeless Veterans Reintegration Program (HVRP) to provide NYC’s homeless veterans with job training and placement.

The purpose of HVRP is to reintegrate homeless veterans into the workforce while addressing the complex problems they face. Grants were made to a variety of state and local organizations nationwide. HVRP was initially authorized in July 1987, and was re-authorized under the Homeless Veterans Comprehensive Assistance Act of 2001. For more details about the program, please click here: http://www.dol.gov/vets/programs/fact/Homeless_veterans_fs04.htm

This will actually be the second program that America Works is going to offer local veterans. Since January 2009, we’ve operated a pilot program specifically for U.S. veterans who receive food stamps. We operate under contract with funding from MOVA and the NYC Human Resources Administration.

In case you’re not familiar with our mission, let us explain. America Works of New York, Inc. is a Manhattan-based company with a conscience. Founded 25 years ago by social entrepreneur Peter Cove, it provides intensive, personalized employment services to hard-to-place populations including the homeless, criminal offenders, and welfare and food stamp recipients. Our chief executive officer is Dr. Lee Bowes.